The sun rises. And the monster of social media takes over.

Hey guys! Junior year has finally started and the classes are getting really intense, so my posts are going to get less frequent now unfortunately. Here’s another free verse poem though enjoy!

The sun rises.
Her eyes blink open.
Instantly, her fingers reach for her phone,
like a dying man reaching for salvation,
a mindless action
performed by a brainwashed mind.

She opens Insta.
But the coveted barrage of likes
remains hidden by the clouds of existence.
Her self-esteem,
measured in those little pink hearts,
crumbles.

She clicks on her chats.
No new texts either.
A single word jumps out at her,
its four potent letters
mocking her very existence —
Seen.

And before the day has even begun,
her heart has sunk
into the inky black depths
of a vast and evil ocean;

her heart has sunk,
and dragged the sun down with it.

Billions of years ago, when our planet was created,
The Earth felt all alone amongst strange balls of rock,
Until she met the Sun, and a beautiful friendship bloomed,
When the two brilliant masses became two birds of a flock.

Their friendship sparkled like fireworks and gems,
With her world revolving entirely around him,
And her presence spreading a soft, rose glow,
All over the Sun’s entire rim.

Then came the storm, the chilling cold of the Winter,
As the clouds came out and covered the sky,
Like the darkness covers the world at night,
And the Earth felt like its soul would die.

For, after all, however long they’re kept apart,
The Earth needs the Sun to see another day,
So while the dark clouds cackled from up above the Earth,
She slowly withered and began to turn gray.

However, respite did come, when Spring rolled around,
When the warm winds pushed the clouds away,
And upon the Earth’s delight at reuniting with the Sun,
Birds chirped and flowers bloomed in a vast array.

And although the Earth knew that this process would be repeated,
She now knew that the malevolent clouds could be defeated.

Hey guys! Don’t forget to like, share, subscribe, and leave a comment about what you thought of this poem, what you think this poem is a metaphor for, or what other poetic styles you think I should attempt. Thanks for reading! ♥ 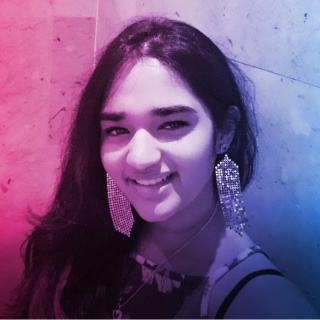 Hey everyone! I'm a tenth-grade poetry enthusiast, Harry Potter aficionado, and public speaking connoisseur. My poems aim to convey the profound philosophical thoughts that come to me when I'm playing a game of chess or watching an episode of the Big Bang Theory. I love experimenting with new forms and styles of poetry, so you just might find yourself improving your own repertoire of poetic formats as you browse through this blog. Thanks for reading!